May the best win !

Spider Game is a playable interactive installation freely inspired by the arcade game Atari Tempest. Composed of 68 bright spiders, arranged along a vertical canvas equipped with a light tube, this installation is both a monumental light sculpture and an interactive live performance.

Relying on the principle of decomposition of movement (ignition programmed in stop motion), the outer circle formed by 32 spiders moves around the canvas by pulling the shapes that appear from its center. Gradually, the action speeds up and the player increases the level until the spider (and the player) fails to escape from the opponents.

One against one, or alone with the machine, through the manipulation of a large disproportionate wheel associated with a foot pedal, the show takes place both on the canvas and in the level of the players. 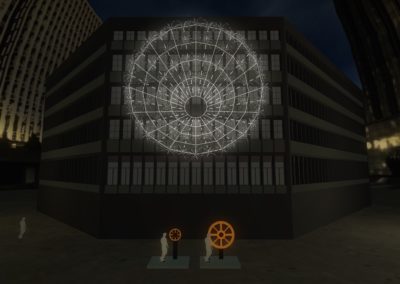 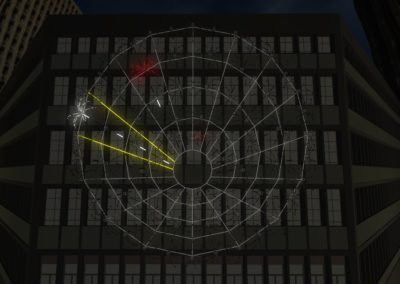 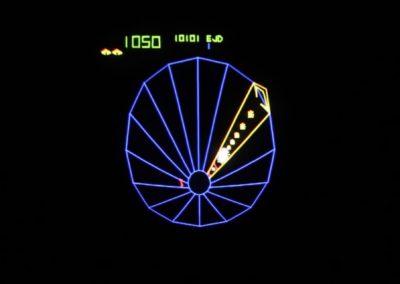 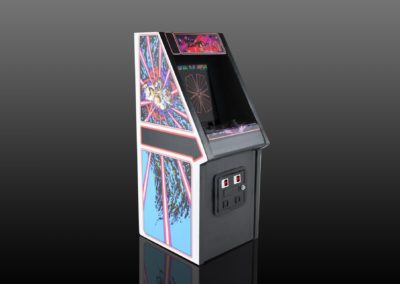 3D simulations and views of the Atari Tempest game

Spider Game uses the Unity 3D game engine for its realization, augmented by the developments of our associated software developer, Kevin Glass.

The 32 spiders in the outer circle are equipped with a warm white LED ribbon circuit, while the other 36 have control electronics allowing their 8 legs to be controlled separately.

The canvas made of steel cables is covered with Pixel Led RGBW. 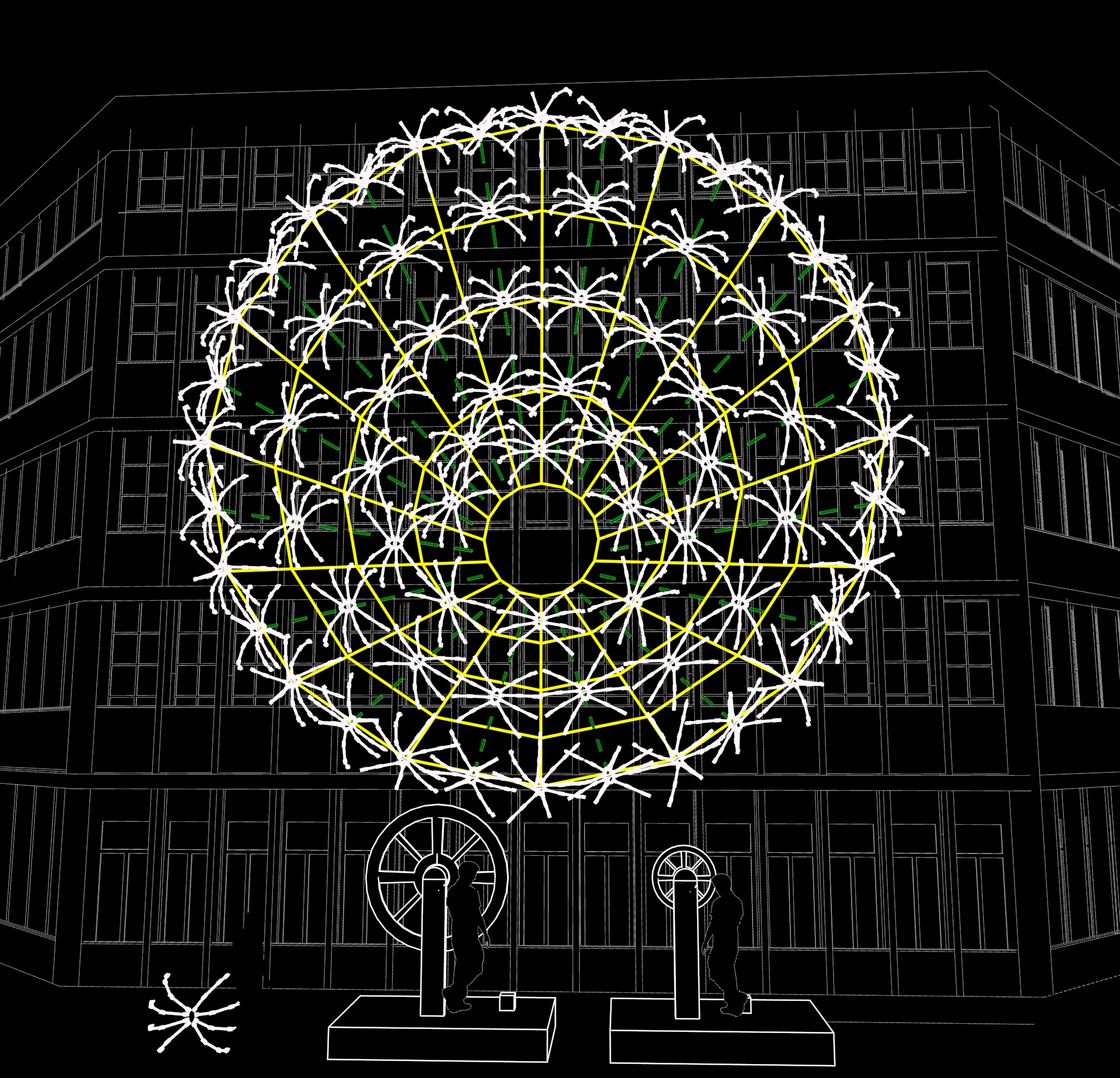