Freely inspired by Mallarmé’s poem“Un coup de dés jamais n’abolira le hasard”,, CONSTELLATION is a performance that is played with four hands: two live manipulators, one of images, the other of sounds. In the center, the projection is enveloped by a sound spatialization device.

It’s a visual and musical poem in which the images (mixing chalk drawings, writings, objects and video) interact with music,
which gives an important place to improvisation and accident.
CONSTELLATION navigates from live drawing to digital manipulation to form a fragmented narrative in an aesthetic between the experimental film, the animated film and the object theater.

CONSTELLATION offers a contemporary rereading of the last poem by Mallarmé: a man in the midst of a shipwreck throws the dice in an ultimate challenge at random. 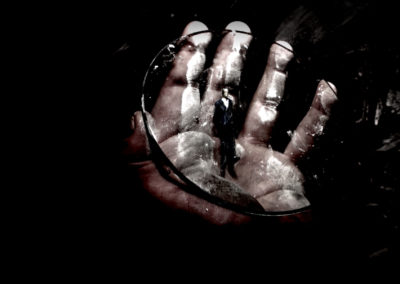 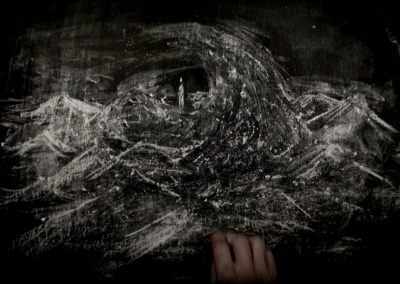 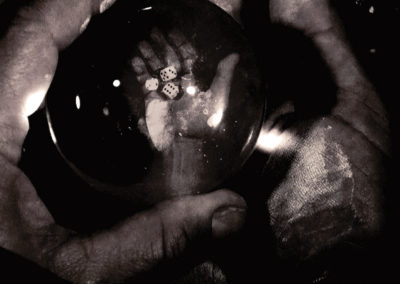 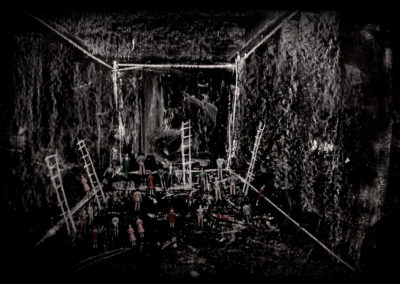 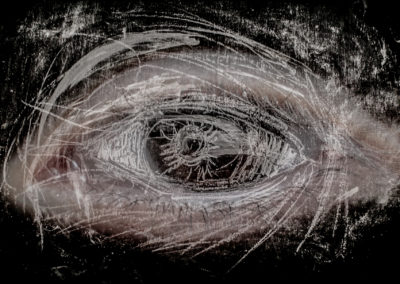 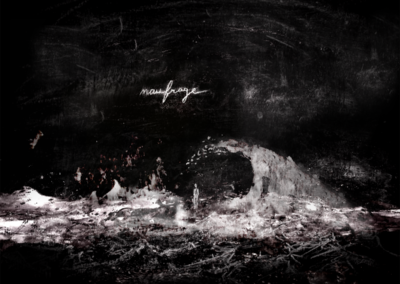 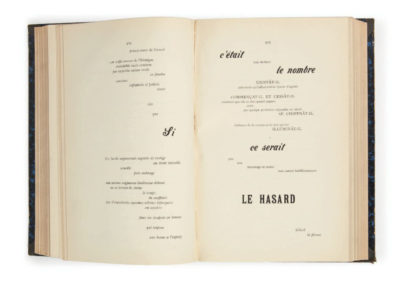 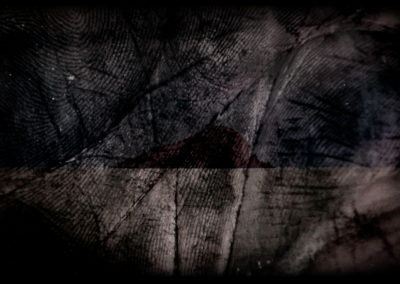 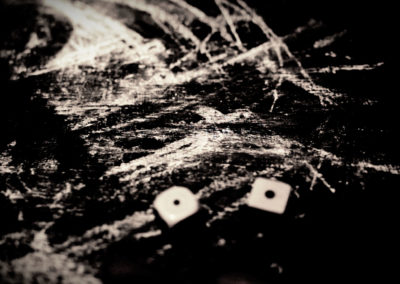 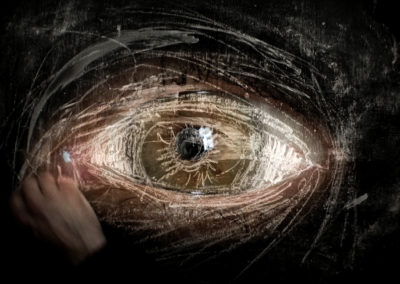 A moving performance in which we create live sound and image in interaction, these elements allow us to create a fragmented narrative.
It is a research on image-metaphor and matter with digital tools; an exploration of the drawing in real time and the representation of the human figure in its relation to the landscape; a game on the relationships of scale, from macro to mircoscopic.

By using the stage space as a laboratory, CONSTELLATION simultaneously presents, on stage and on screen, the creation process and its result.

The cinematographic form is put to the test by the arrangement, each time unique, of images and sounds and by the important place given to improvisation and accident. 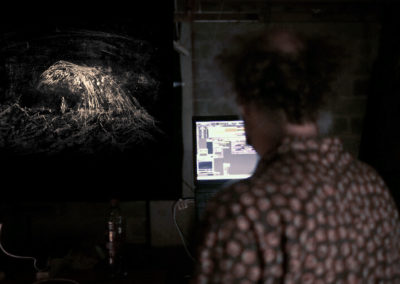 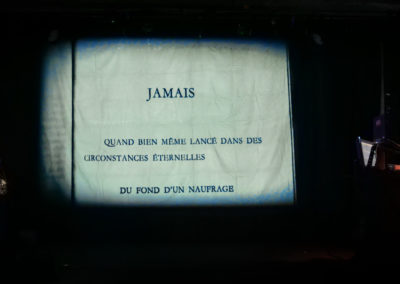 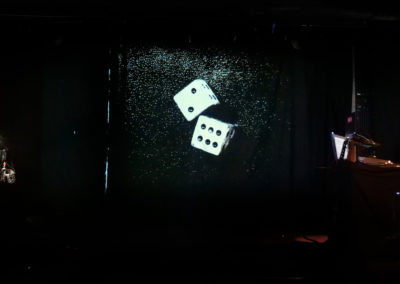 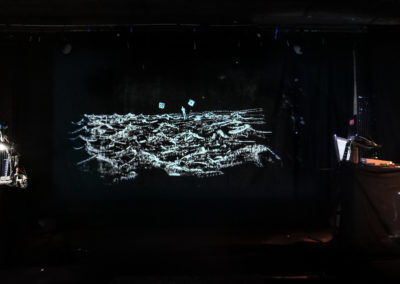