LINE 4 is a light and sound installation hypnotizing and vivid, in addition to be the mythical 70s board game four in a row. Nowadays, it has been adapted to the digital, but Groupe Laps takes it further than that, they take it to the open air on a big scale.

An audience between the ages of 7 and 77 are invited to play. Awaken the child in you, compete, develop strategy, laugh and enjoy the fascinating beauty of the technology. Play as a family, with friends or with strangers soon to become friends.

The device is a luminous portico through which the game evolves. A system of sensors allows the player to choose the right column to launch his virtual pawn. The winner will be the one who aligns 4 tokens of his color first.

An appealing light animation displayed on the structure, motivates to initialize and emerge in the game. The victories and the defeats are accompanied by a fun sound which complete the players and spectator experience. As well as the other moments of the game, its initial and the waiting periods (exchange of players).

Further the players use their feed to operate the device, Line4 does not suppose any hygienic concerns, which makes the game “Covid friendly”

LINE 4 was born during the Vincennes en Fêtes 2020 event along the Cour Marigny. 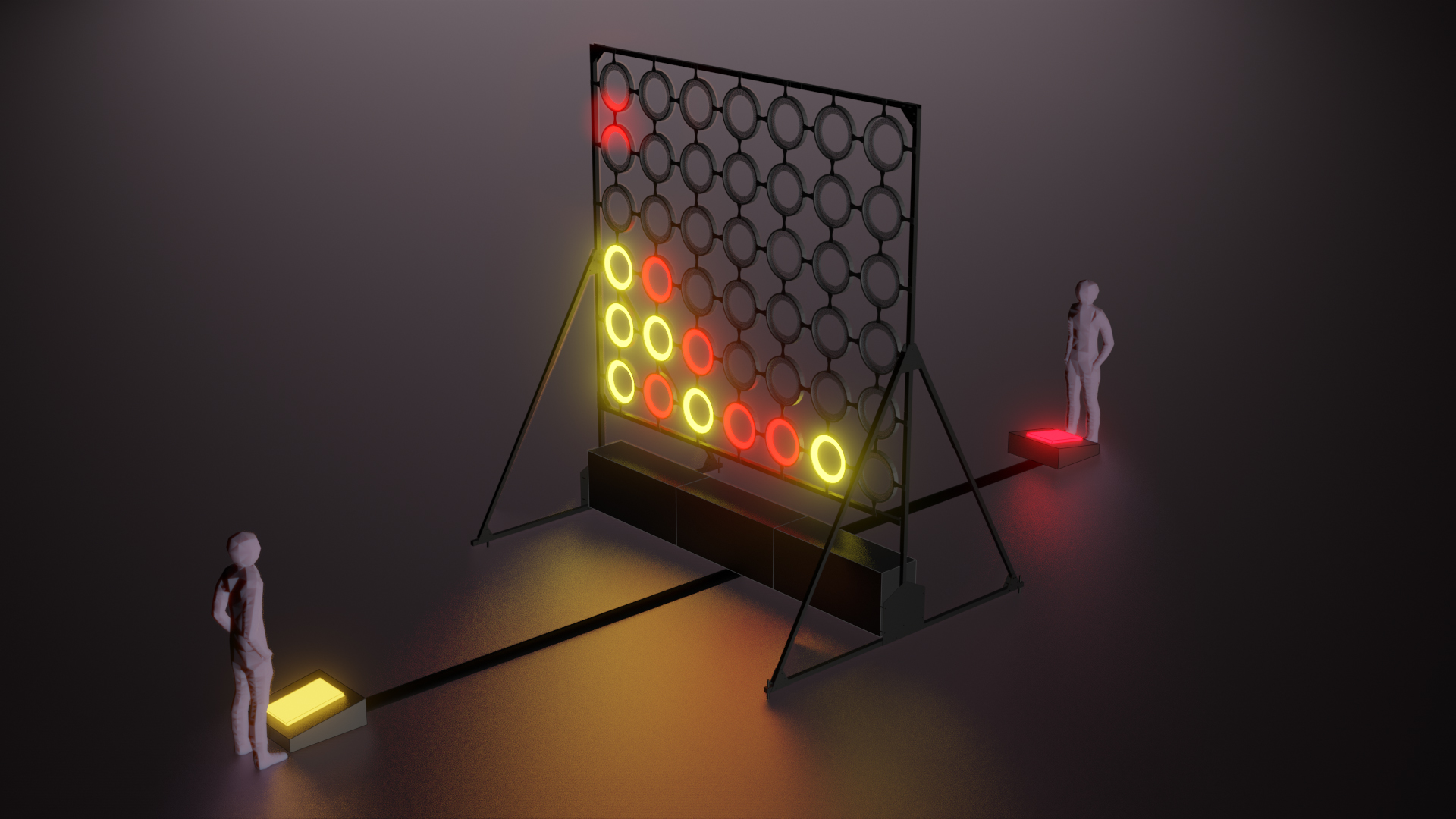 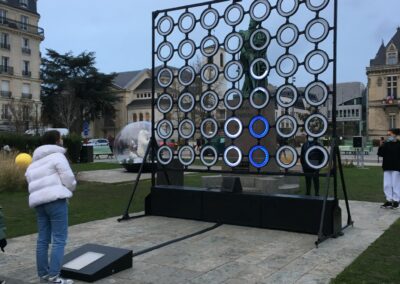 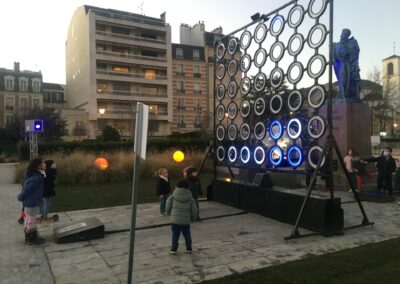 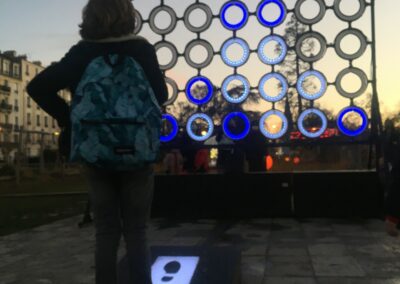 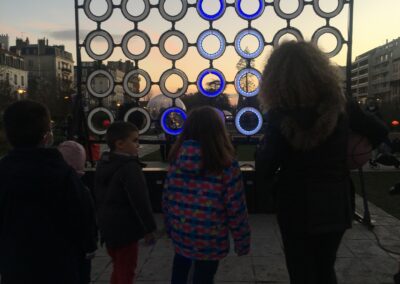 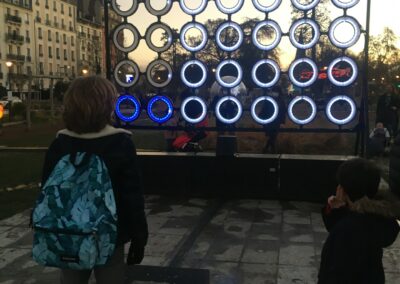 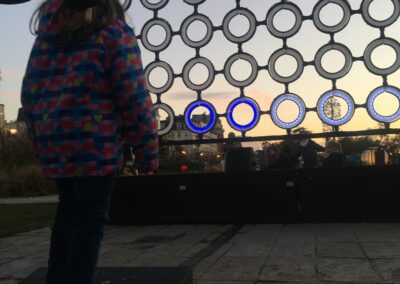 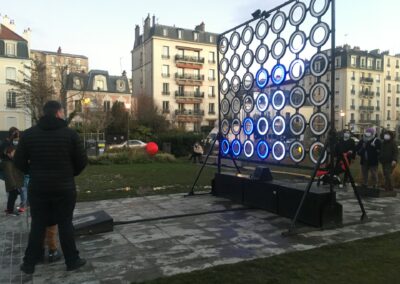 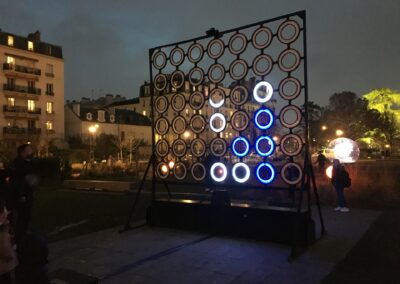 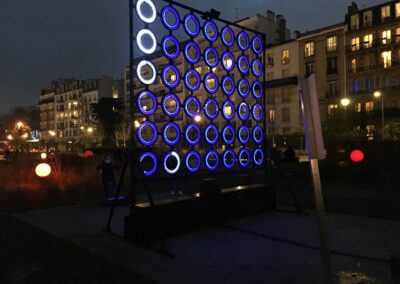 The structures are autonomous, placed in their location.
The electrical supply (220v / 10A) is made by passing cables or overhead.

A program developed on UNITY 3D allows the control of lights and interactivities.

Each ring is made up of 30 independent light points.
Preprogrammed sequences are played between games.

The porticoes become screens and broadcast images relating to rows and columns. When two players are in place on the playing areas, the game begins.

The first player to announce himself is the one who starts. On each turn, the player button lights up and a chase-type animation is launched on the top of the gantry. The computer turns on the top of each column in turn. When the light passes by the desired column, the player presses and the token falls. The light and sound programming translates a notion of gravity, the impact of weight. 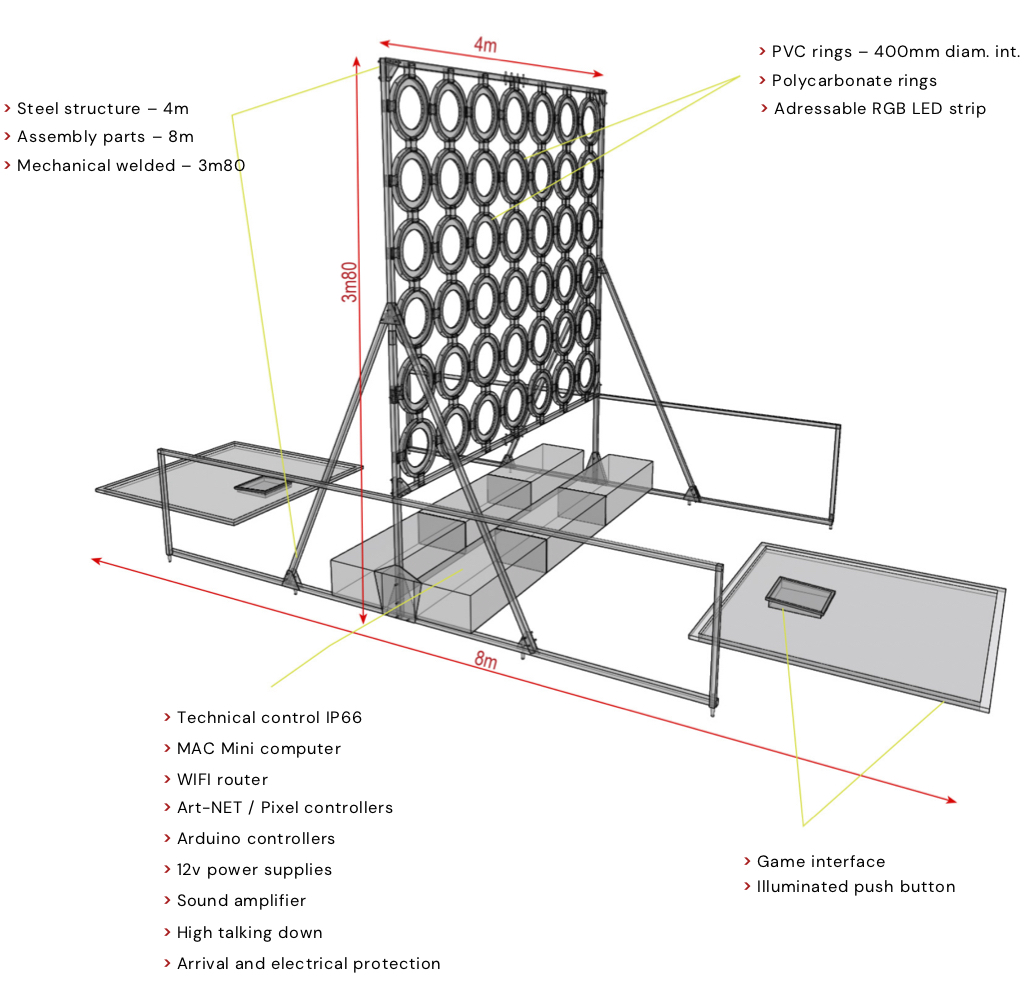